Home Bundesliga Callum Hudson-Odoi insists he is ‘not impatient’ at Chelsea and opens up...
Facebook
Twitter
Google+
WhatsApp

Callum Hudson-Odoi insists he is not impatient despite his efforts to leave Chelsea and join Bayern Munich for more game time in January.

The Blues held firm and refused to allow his exit despite Maurizio Sarri choosing not to start the talented winger in any Premier League games this season.

And the 18-year-old, who made in England debut in the 5-0 win over the Czech Republic, accepts that he may have to bide his time for more regular football. 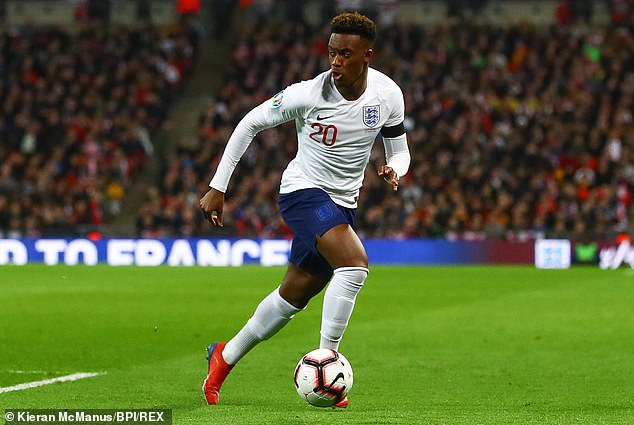 He told the Mirror: ‘I’m not impatient. Obviously I’m always keen to play football, I love the game.

‘But at times you’ve got to be patient and wait for your chance to come and hopefully many more will come.’

Hudson-Odoi has been given plenty of action in the Europa League and cup competitions.

His performances have caught the eye and led to an call-up to Gareth Southgate’s England squad for the Euro 2020 qualifiers. 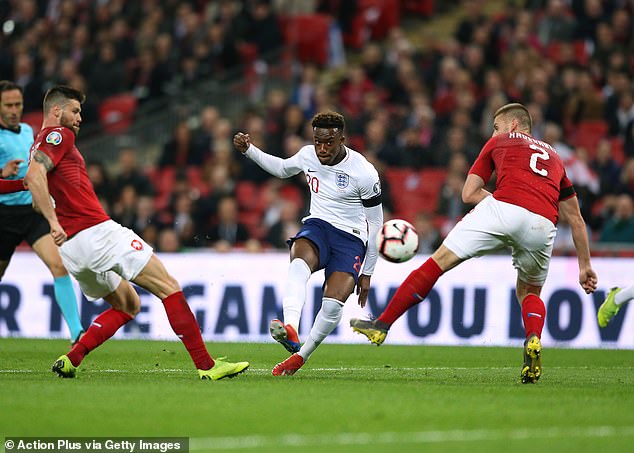 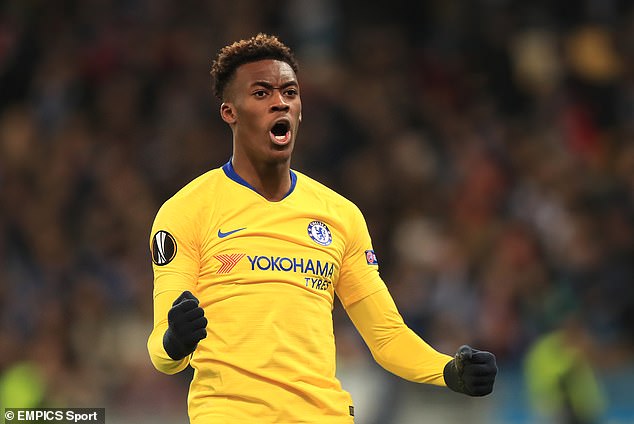 The 18-year-old was given the nod from the bench on Friday night and his effort on goal led to the hosts scoring their fifth of the game.

‘I’m enjoying every moment and got to just keep going. To get the call to come on the pitch was absolutely crazy. I’m absolutely delighted,’ he added.

‘It hasn’t sunk in yet. I’m still thinking that I’m dreaming, that it’s not real. It’ll probably sink in properly, but I’m really happy.

‘He [Southgate] told me to go on the pitch and express yourself, be just how you are at your club. Go and do what you do.’

The teenage sensation may have another opportunity for a run-out in Monday’s clash with Montenegro. 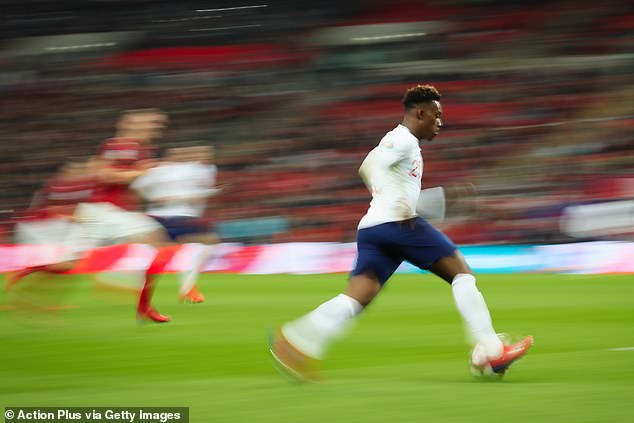 Can Gareth Southgate win something bigger than a penalty shoot-out?